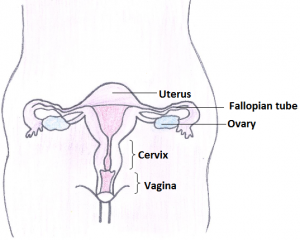 What is cervical cancer?

Cervical cancer is the second most common cancer among Indian women (As per Globocan 2018).

Cervical cancer is a preventable disease as it has a well defined, long pre-malignant phase which can be detected by regular screening tests and follow up. Unfortunately, most women in India are not aware about the screening.

Burden of the disease
More women in India die from cervical cancer than in any other country.

Are you at risk?

How can it be prevented

(I) Primary Prevention: It is designed to prevent the disease from occurring in the first place.

The presence of these signs and symptoms does not imply that you are suffering from cancer. However, if you have one or more of these, it is advisable to consult your doctor.

Are there test for early detection?

The Pap smear is a simple test that is done to collect a few cells from the cervix and help to diagnose  precancerous and cancerous conditions of the cervix. It also aids in diagnosing infections of the lower reproductive tract.

Who should get the Pap test done?

As per the International recommendations, women above the age of 21 years can get the pap test.

If you are 30 years and above Pap test should be done once in every 3 years till you turn 65 years of age. If this test is combined with HPV test, then the test may be repeated every 5 years.

Women who do not routinely require Pap test

What is the right time for a Pap test?

The Pap test yields optimum results if scheduled between 10 to 20 days from the first day of menstrual period. The woman should not be menstruating at the time of test.

You should avoid the following for 48 hours before the Pap test:

An instrument called a speculum is gently introduced into the vagina to visualize the cervix. There may be some discomfort or cramping during the procedure, but it is usually not painful.

A Pap test result may be reported as normal or abnormal.

If the test report is normal, this means no abnormal or cancerous cells have been found in the smear taken.

Abnormal Pap test results do not mean that the woman has cancer. If results of the Pap test are unclear or show a mild abnormality in the cells of the cervix, your doctor may repeat the Pap test in 6 weeks, in 6 months or a year, or run more tests. Treating abnormal cells that don’t go away on their own can prevent almost all cases of cervical cancer. Treatment of this abnormality is often done in an out-patient department (OPD). If the test findings suggest more severe abnormality in the cells, it is then confirmed by further diagnostic procedures:

Colposcopy: A procedure in which a colposcope (a lighted, magnifying instrument) is used to check the vagina and cervix for abnormal areas.

Biopsy: A sample of tissue is cut from the cervix and viewed under a microscope by a pathologist to check for signs of cancer. A biopsy that removes only a small amount of tissue (punch biopsy) is usually done in the OPD.

Visual Inspection using Acetic acid (VIA) (lower part of womb)
Naked-eye visual inspection of the uterine cervix, after application of 5% acetic acid (VIA) provides simple test for the early detection of cervical precancerous lesions and early invasive cancer. The results of VIA are immediately available

How can it be diagnosed?

If any of your screening tests (Pap test, VIA, HPV test) are found to be positive, further testing may be necessary to determine whether the changes in cervix are cancerous. A colposcopy may be performed and/or a small sample of tissue (biopsy) will be obtained from the cervix.

Treatment of pre-cancerous lesions may include the following: Removal or destruction of the part of the cervix affected by disease.

Invasive: Three types of treatment procedures are used to treat cervical cancer viz. surgery, radiotherapy and chemotherapy. These therapies may be given alone or in combination with one another. Treatment depends on the stage of the cancer, the type of tumor cells and a woman’s medical condition.

The process to find out the spread of disease is called staging.

Treatment of stage I cervical cancer may include surgery, chemotherapy and/or radiation therapy depending on the sub-stage, age and desire of the patient and preference of the treating physician. 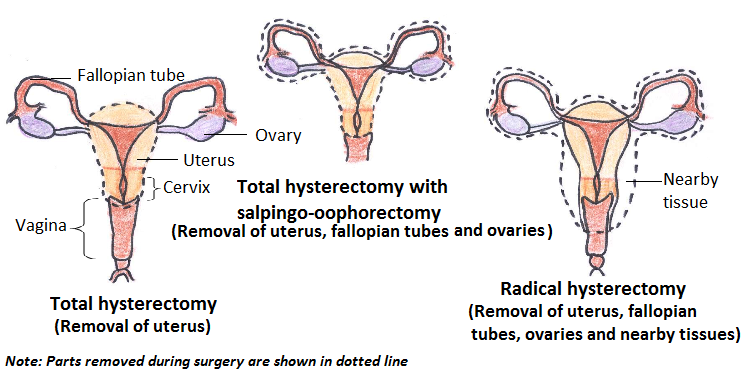 Treatment of stage II cervical cancer may  include either of the following: