Men under 50 years old who smoke are 88 per cent more likely to have a stroke than men who never smoked, researchers said. And the more they smoke, the greater their stroke risk, revealed researchers from University of Maryland 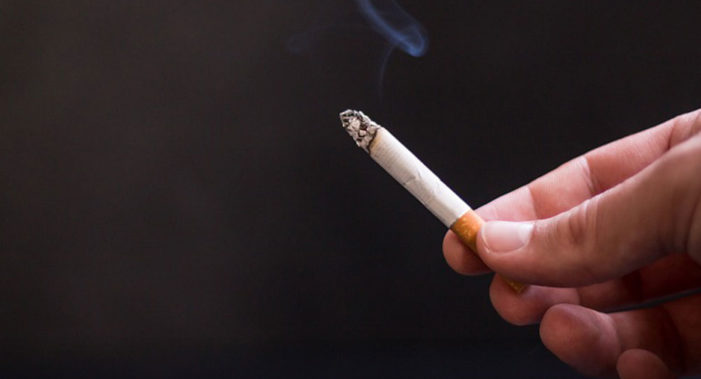 While smoking has long been associated with the risk of stroke, the study by US researchers has found that men who smoke at least two packs a day are nearly five times at greater risk of stroke than men who have never smoked.

The study, published in the research journal Stroke, also found that men who smoked fewer than 11 cigarettes a day were 46 per cent more likely to have a stroke than men who never smoked.

“The goal is to get young men to stop smoking. However, if they can smoke fewer cigarettes it could help reduce their stroke risk,” Janina Markidan, lead author at the University of Maryland School of Medicine, said in a release issued by the American Heart Association.

Smoking, of course, is commonly known as a major risk factor for cardiovascular disease. But the study’s findings connecting the number of cigarettes to stroke risk is as important as ever. In a span of about a decade, smoking rates for men and women who have been hospitalized for stroke increased from 5 per cent to 16 per cent, a 2017 study found

Multiple studies in the past have shown that smoking can raise triglycerides in the bloodstream, making blood more sticky and thus more likely to clot, and lead to narrowing of blood vessels – and all of these changes can raise the risk of heart attacks or strokes.

Markidan and her colleagues examined the smoking habits of 615 males between the ages of 15 and 49 years who had a stroke and 530 healthy males in the same age group who did not suffer a stroke.

The researchers classified the smokers among the men into four groups – those who smoked one to 10 cigarettes a day, 11 to 20 a day, 21 to 39 a day and 40 or more a day. Their analysis showed a clear rise in risk with an increase in the number of cigarettes smoked.

Speaking to My Medical Mantra about the findings of this study, Dr Nirmal Surya, a neurosurgeon at Bombay Hospital, said, “Smoking is a high risk factor for stroke. Smoking can cause blood which is supplied by blood vessels to the brain to become thick. Due to this the brain does not get enough blood supply. This increases a person’s risk of having a stroke. Not only cigarettes, but any form of tobacco lead to a higher stroke risk.”

Dr Ravi Mehrotra, Director, National Institute of Cancer Prevention and Research, said, “Association of tobacco use, both smoked and non-smoked, with stroke is not widely known amongst the general population. Increasing awareness about this issue should be encouraged.”

Public health specialists say the findings are especially relevant to India where surveys in the past have suggested that many smokers remain unaware that they are at risk of stroke.

Surveys suggest that tobacco consumption in India has declined over the past decade, but the absolute numbers of tobacco users and smokers is large and worrisome.
A report from the World Health Organisation and the World Heart Federation with collaborating academic institutions had in 2012 found 53 per cent of a sample of smokers in India reported not knowing that smoking causes stroke.
A Tobacco Atlas released last month by the American Cancer Society and a non-government entity had estimated that India has 90.8 million men and 13.5 million women who smoke daily.