Fig 1: Incidence rate of cancer in 2016 in different states and union territories of India 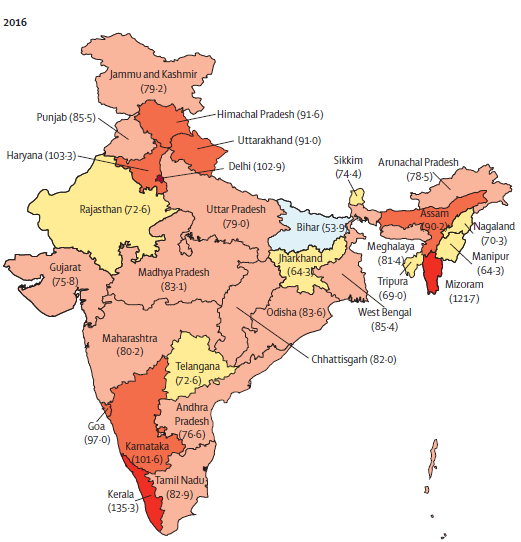