The meta-analysis looked at 37 studies and SLT products that are chewed or snuffed orally or nasally, or applied over teeth and gums, or gargled or drunk. 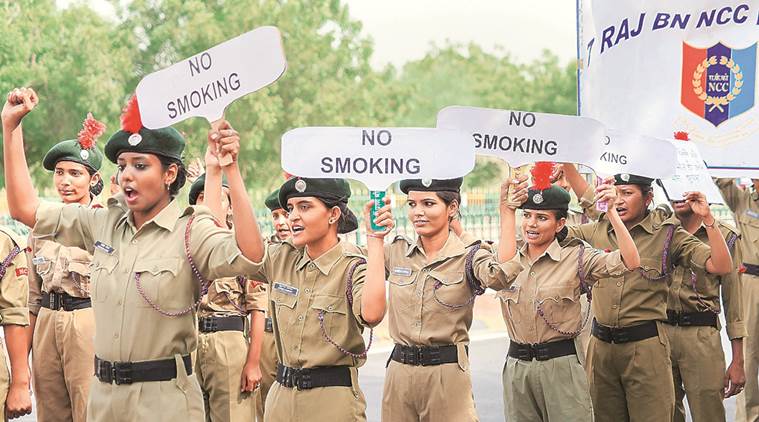 NCC cadets on ‘World No Tobacco Day’, in Bikaner. PTI

The meta-analysis looked at 37 studies and SLT products that are chewed or snuffed orally or nasally, or applied over teeth and gums, or gargled or drunk.

It found: “A study (of SLT and oral cancer link) which included the United States, Sweden, and India together found that the risk of oral cancer from SLT use was due to the inclusion of Indian studies, since when analyzed separately excluding India no such risk was found for US and Swedish studies. Most of the studies found no or negligible risks as far as European studies are concerned. Some other studies showed an increased risk for the United States…”

It argued that the reason for low risk estimates from Europe and Americas might be due to difference in frequency and intensity of use and variation in SLT type.

While India has achieved substantial success in reduction of smoking, social acceptance and cheap prices remain among the biggest impediments for crackdown on smokeless tobacco.

Said Dr Ravi Mehrotra, NICPR director and an author of the study published in the journal Nicotine and Tobacco Research: “This is the first time a rigorous comparative survey has been done. It shows that Swedish smokeless products do not cause cancer but Indian products do. Indian products showed marked variation and cause many cancers. The paper emphasises the need for strict quality control…”