Aizawl(Mizoram): Mizoram, a tiny state in the Indian sub continent  known for its natural beauty also  has the highest incidence of four types of cancer in the world and records the highest in India and the main  reason is due to extensive  consumption of tobacco by the Mizo people including women . 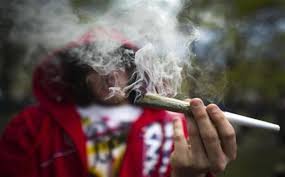 Gripping  more than three persons  with its cold hand a day ,the deadly cancer is  stalking  the mountainous state of Mizoram , dubbed as the cancer capital of India.Thanks to their heavy consumption of tobacco and unhygienic   food habit , Mizos are vulnerable to the killer disease . A total of 5,888 cases of cancer were detected during the past five years , of which 2,695 were women . During the same period , cancer claimed 3,137 lives , including 1,290 women.
Read More