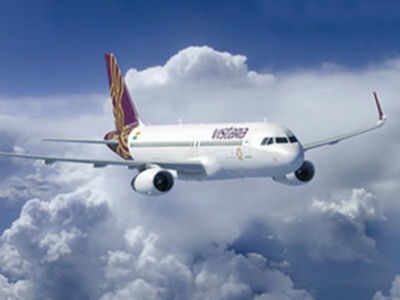 NEW DELHI: Tata-Singapore Airlines JV Vistara has banned consumption of gutka (tobacco) on board its aircraft, possibly becoming the first Indian airline to do so.

“At @airvistara, we take the environment seriously. The 50% on board disposable plastics reduction and low emissions aircraft are just a start. Cleanliness at all times is part of our mantra. We have also banned chewing tobacco or ‘gutka’ consumption on board and at our facilities,” Sanjiv Kapoor, the full service airline’s chief strategy and chief commercial officer, tweeted on Tuesday.

On May 27, an air traveller had tweeted (from handle @LaliGanguli) to union minister of state for aviation, Jayant Sinha, saying: “I have encountered several times when fellow passengers sitting beside have gutka in the flight. (This) not only smells but (it is) also disturbing to see them spitting the same into bags. Request if gutka can (be) banned (from) taking on flights # BanGutka.” Sinha had responded by saying, “Thank you for letting us know. We will evaluate.”

Smoking is banned on all flights now and Sinha said the government will evaluate banning onboard gutka consumption. Vistara, meanwhile, has gone ahead and done so. It remains to be seen if other airlines also do the same.

Vistara currently flies on domestic routes and will soon start international routes for which it is likely to place an order for wide body aircraft.