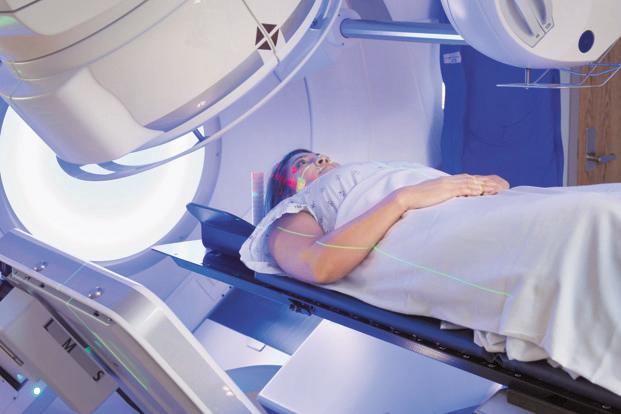 New Delhi: The burden of breast cancer may be far more severe than estimated by the government, revealed a Confederation of Indian Industry (CII) report released on Thursday.

CII, in association with the Indian Council of Medical Research (ICMR)-National Institute of Cancer Prevention And Research (NICPR) and Novartis International AG, a Swiss multinational pharmaceutical company, has published a white paper titled Breast Cancer Landscape in India—explaining the intensity of breast cancer scenario in the country.

Breast cancer is the most common cancer among Indian women, both in terms of incidence as well as mortality. The proportional prevalence in younger age-groups in India is higher than the global average. The incidence of breast cancer is 25.8 per 100,000 women and is expected to rise to 35 per 100,000 women in 2026, according to the ministry of health and family welfare.

“This number could be an underestimate as at present only 15% of the population is covered by cancer registries. As per interviews with key stakeholders, there could be an under-reporting of nearly 50-100% varying with every state,” the report said.

The government has been coming up with various programs for cancer prevention and treatment, but screening and case reporting continue to be low in India.

“ICMR has established cancer registries across the country. Yet, states such as Uttar Pradesh and Bihar meagrely contribute to cancer data. In Uttar Pradesh, we recently started a registry and the data output is extremely low, while there is no cancer registry in Bihar,” said Ravi Mehrotra, director, ICMR-NICPR.

In the majority of cases, the cancer is detected only when women either have a lump or discharge from the breast, doctors said. This, they said, is because penetration of cancer screening is very low in India.

India faces additional challenges in terms of disease profile, the report said. Indian breast cancer patients are younger with an average age of diagnosis of 46.2 years. Nearly 48% are diagnosed in the premenopausal age, which implies a more aggressive disease and negative effect on the overall prognosis and disease burden.

“The problem is grave in rural India. As there is a shortfall of healthcare facilities in rural India because of various reasons, several patients cannot figure out that they are suffering from cancer and die. The government estimates are only based on the ICMR cancer registries and some other hospital based registries but the number of breast cancer cases would be much higher than we really know,” said Mehrotra.

The white paper also pointed out that there is a lack of the comprehensive cancer research and data covering all the aspects of breast cancer in India. The report recommended linking cancer registry to the breast cancer screening programme and increasing registry coverage through the development of a nationwide network of centres.

“Encourage the private sector for synergy on data sharing. Digitalize the process of data capturing with Unique Identification Code to make the process efficient, economical and accurate,” the report recommended.